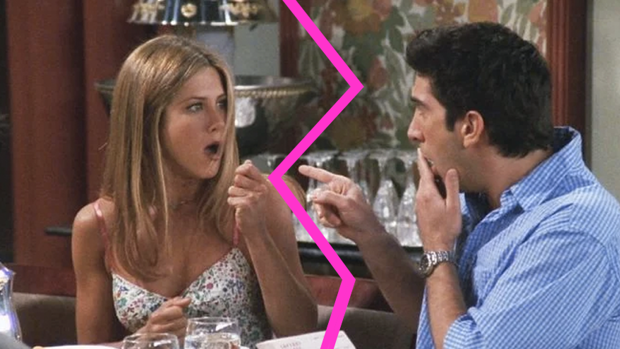 What happens when things sound too good to be true?

David Schwimmer has set the record straight about the dating rumours between him and Jennifer Aniston.. It turns out, someone has been telling porkies.

The rumour started after a source told a tabloid magazine that the couple had been spotted "spending time" at the actress' house in Los Angeles.

The reports claimed the actors had been in contact and have been visiting each other since the infamous Friend's Reunion in May, where both actors revealed the show had 'stirred up feelings for each other.'

"At some point, we were both crushing hard on each other, but it was like two ships passing," the actor recalled, "because one of us was always in a relationship and we never crossed that boundary." Schwimmer said during the reunion.

However, as much as we'd love the idea, it simply just isn't so, according to Schwimmer. The actor's rep denied the dating rumours, telling Elle UK the story is "false."

We're sure more info will be coming out shortly, so as we hear it we'll let you know.

So, yeah we hate to be the bearer of bad news... But you deserve the truth!