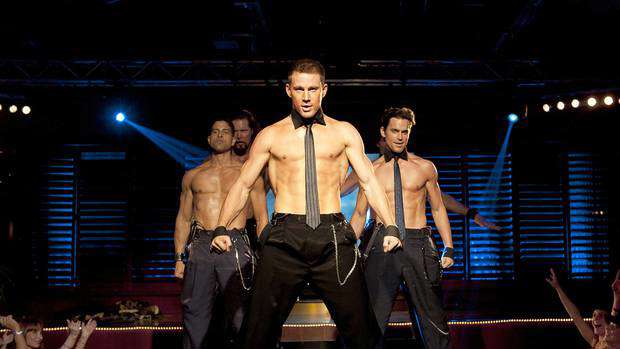 Ladies, this calls for a gals trip!

Tatum announced the live all-male strip shows based on his hit films of the same name will head to Australia in May during a media conference at Melbourne's Plaza Ballroom.

During his appearance – complete with a raunchy group dance number to introduce the star to the stage – he said the shows would "blow our minds".

"The movies did so amazingly here, we knew we had to figure out how to raise our game to do something this audience would love," Tatum said.

"It took a few years for it to all come together but, man, did it come together. We have something planned for Australia that is going to blow your minds."

Tatum, who described the show as "equal parts empowering and exhilarating," is the show's producer, curator and co-director.

The world's largest Spiegeltent, The Arcadia, is being built for the Australian tour, with the announcement teasing: "Magic Mike Live unfolds in front of, behind and above the audience, enveloping patrons in an unforgettable, 360-degree, whirlwind of dance, comedy and extraordinary acrobatics."

Dates and ticket prices for all Australian shows are available from ticketmaster.com.au.

This article was originally published on nzherald.co.nz and repurposed with permission.