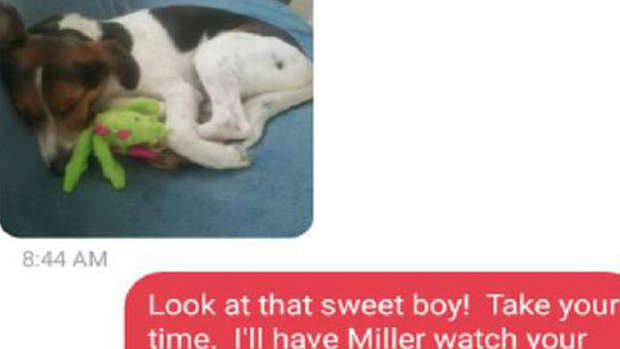 Running late to work is an inevitability we all face in our careers.

Whether it be due to a missed train, oversleeping, or someone climbing Sydney Harbour Bridge, you will at some point in your life be late for work.

Having to let your boss know that you're late is no fun task, however, this woman's story proves that honesty is always the best policy.

One morning Jenn found herself late for the first time in years, so she did what any good employee would and texted her superior in advance.

Her sweet boss responded in the most surprising way.

Concerned, he asked whether Jenn was OK, seeing as the behaviour was so uncharacteristic.

Jenn texted back and explained that she was running late because her dog had looked so cute in the morning that she couldn't resist taking photos.

She even sent her boss a picture for proof. 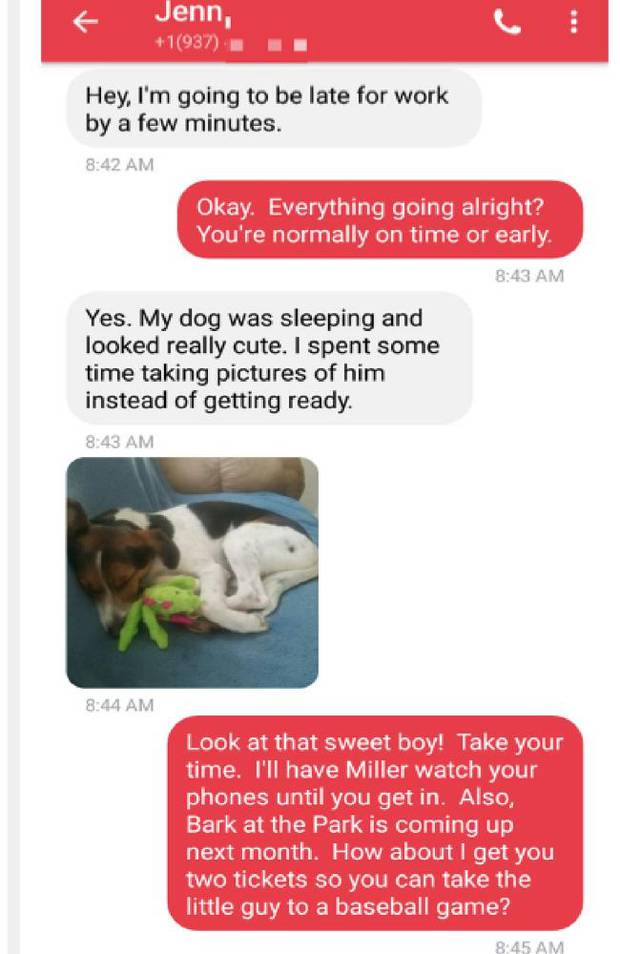 While a lesser individual might get angry at such a trivial excuse, Jenn's boss proved that he was a dead-set legend.

He agreed that the dog was worth being late for, urged her to take her time, and even offered to buy her tickets to a dog-friendly baseball game.

Jenn's boss shared a message at the end of the text chain explaining why he responded as he did.

He said, "Just trying to be a good boss. This lady has been with the company for about eight years. In my time, she has never been late.

"She's also a very sweet older lady that the guys in the office call 'Mom' ... How could I be upset over that cute pup?! Be nice to each other today."

Just goes to show there is some good in this world. And Jenn is working for it.