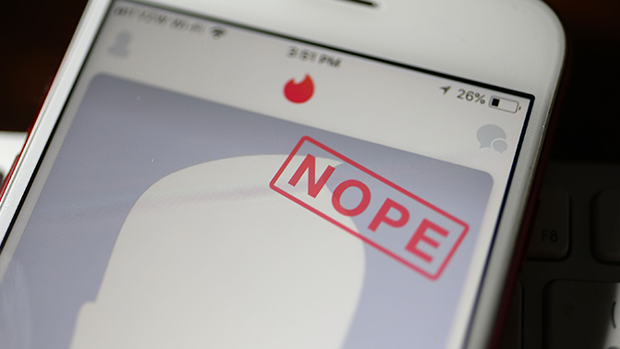 We've all seen the cringy bios on Tinder, and now the team at GetCenturyLink team have analyzed a bunch of profiles and found out some pretty interesting things!

After researching around 500 U.S. profiles, the team created a bot to combine the most used words and phrases. And what did it make? The ultimate tinder bio of course!

The bot took all the information learnt from the 500 profiles, to combine words, phrases and even the attitudes to put together the 'ultimate' profiles for both males and females- and it's pretty hilarious.

First up- the girls! "Every breath is agony, son" and "baby daddy yoga" got us wondering what exactly our Tinder bios are saying about ourselves, while "I look great without makeup" really won us back with a million self-love points!

RELATED: The Best Of 'Tinder Nightmares'

And now- the guys! Yup! We've definitely come across some profiles that feature these cringe-worthy phrases...

"Loves a rebound" and "it's because we'd make attractive babies" are two of our favourites for sure!

Now we know they don't really make too much sense- they're made from a bot what can you expect?- but it's still pretty easy to understand the vibe from the bios and relate it to most of the guys you've swiped in the past.

The study also found some interesting facts on the difference between female and male bios:

Women use emoji's in their bios twice as often as men, whereas dudes include their height way more than the gals!

66% of guys also included their job compared to the 47% of women that did the same- maybe guys want to establish their pay scale more than the gals?

Oh, and another thing- Women used the word love in their bios almost three times more than men...