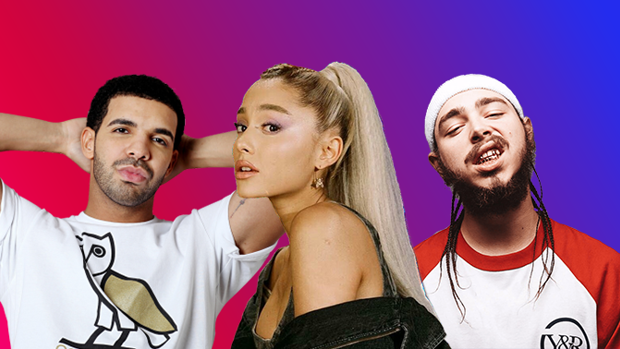 Singing about heartbreak really gets you places, well according to Spotify's most streamed lists of 2018.

Hip hop megastar Drake has taken out the top spot in many of the big categories, toppling Ed Sheeran who topped the lists last year.

Not surprisingly, the most streamed female artist - both globally and in New Zealand - was pop star Ariana Grande, who nabbed the top spot off the back of her hit fourth album Sweetener and her latest single Thank U, Next, clocking up more than 3 billion streams this year.

See the full lists below:

*Ed Sheeran was the top-streamed artist in 2017