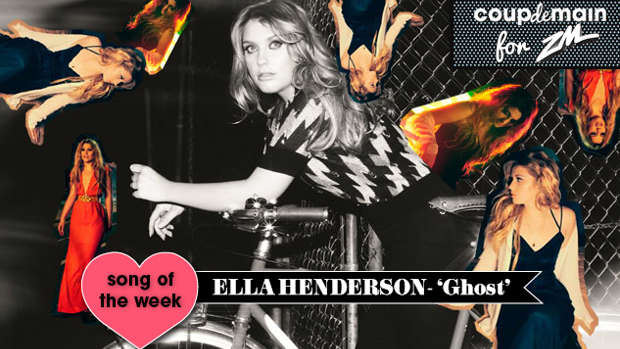 Now that Simon Cowell and Cher Lloyd have parted ways, the Syco pop-machine has a new 18-year-old protégé that they are honing in all of their resources on… and her name is Ella Henderson.

After losing in a sing-off to James Arthur in the 2012 finals of ’The X Factor’ UK, the British singer-songwriter has spent the last two years working on her forthcoming debut album, 'Chapter One'. And if the rest of the record is anything like Henderson’s ridiculously catchy debut single, 'Ghost’ - which she co-wrote with OneRepublic’s Ryan Tedder, FYI - then it has strong potential to be one of the best pop albums of the year.

Henderson’s fans already include the likes of Adele, Chloë Moretz, Stephen Fry, Lily Allen, Nick Grimshaw and Cher… so like, duh, she’s already much-loved. But none of the above would even matter, if 'Ghost' was not a good song. It’s equal parts sassy, snappy AND soulful. Seriously, I dare you NOT to be obsessed with it.

YOU WILL LIKE, IF YOU LIKE: Adele, Leona Lewis, Little Mix, Birdy, Kelly Clarkson, Christina Perri, Fifth Harmony… and that Simon Cowell Midas touch.

Watch the 'Ghost' music video below...