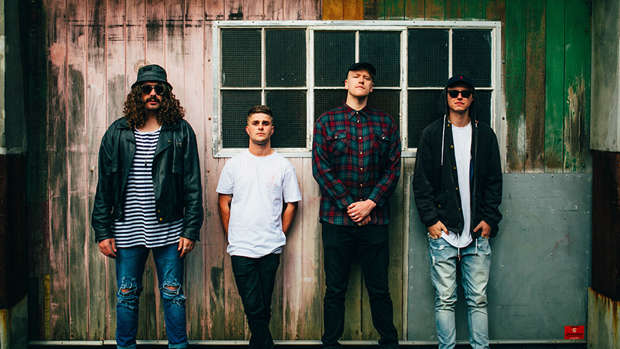 The release of ‘Coast Roads’ tops off a huge year for the band who were notably selected to join Sticky Fingers on their sold-out NZ tour – adding yet another name to the impressive list of acts they’ve already supported including Macklemore & Ryan Lewis, Six60, Ocean Alley, David Dallas and many more.

Alongside cementing their position as a popular live act, Summer Thieves are currently putting the finishing touches on their debut album Warped. Set for release in 2017, Warped boasts collaborations with Kiwi legend and multi-platinum award winning artist Tike Taane who’s named as having lent a hand in its production.

“He’s someone we’ve all really looked up to, so it was awesome to get in the studio with him,” says guitarist Jake Barton. “We clicked musically, and are on the same vibe personality-wise. We didn’t feel any pressure whatsoever being in the studio, so it was super cool.”

Hinting at what can be expected from their debut drop, the band explains how Warped “Still has that summer vibe, but there are some dark parts and a bit of heavy shit. We’re still on the summer tunes, but now we’ve got the bangers too.”