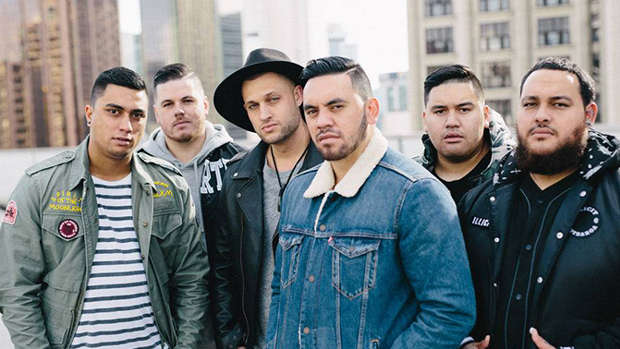 Sons of Zion have well and truly earned their place in the upper echelons of New Zealand music. From their humble Kiwi beginnings, to playing shows across the globe and dominating charts, Sons of Zion have amassed an impressive 12 million streams on Spotify, more than 10 million views on Youtube and 100,000-plus followers on social media. It’s a track record that has established Sons of Zion as one the southern hemisphere’s most-loved and well-respected bands.

They made their mark in 2009 with their self-titled debut album, following it up in 2013 with their full-length studio album Universal Love, which included the smash singles ’Be My Lady’, ‘Good Love’ and ‘Tell Her’ - the latter two songs achieving #1 urban and #1 NZ airplay respectively. The hits continued to flow with ‘Stuck on Stupid’, ‘Fill Me Up’, ‘I’m Ready’, ‘Hungover’ and ‘Now’, winning over new and old fans alike.

All the while, Sons of Zion - Rio, Sam, Joel and Matt - have continued to push boundaries with their sound, evolving from their early days as a reggae act to the five-piece that exists today. A band not confined by genre but simply motivated to making music that speaks to the heart and soul. And that’s evident on their latest release, 2017’s EP, The Jukebox Suite, which peaked at #2 on the iTunes Album.

They’ve toured New Zealand more times than they can count and have also played sold out shows across Australia, Tahiti, Japan, Rarotonga, Samoa and the US. Sons of Zion’s hard work and commitment to taking their music to their fans has established them as one of the best live acts on the touring circuit. It’s a reputation reinforced by explosive and energetic live performances at some of biggest festivals around, including Homegrown, One Love and Ragamuffin.