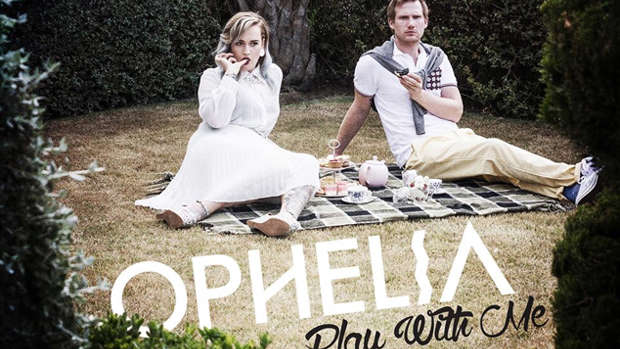 Ophelia is the creation of composer/producer Patrick Shanahan and singer/song-writer Alex Louise. The pair began working together in late 2012 recording and mixing some of Alex’s original folk/acoustic tracks. Changing pace, they started experimenting with writing collaboratively to produce more electronically based tunes. Drawing on influences from dubstep, indie/folk and orchestral soundscapes, Ophelia began to take shape.

Their debut EP “Face the Sea” was released in November 2013 following an exciting reception for the single “Not So Frightening”. Over the following six months, Patrick and Alex worked on crafting their performance and incorporating a unique visual element into each show. During this time they developed their use of various instruments and different elements into their performance.

Their second EP ‘Invisible’ focuses on a deeper fusing of Alex’s story-telling song writing style and Patrick’s beat-driven production. The tracks can be stripped back to an almost acoustic level for variety in performance, something very important to Ophelia. Videos for "Eden" and "Play With Me", both produced by friend and film-maker Chris Williams (Design Weasel), have been released. Invisible will launch on March 13th 2015, following a launch party the night before @ Lot 23.

Buy 'Play With Me' on iTunes HERE