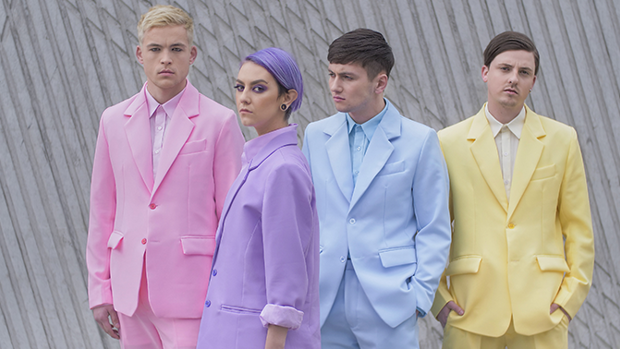 OPENSIDE punch straight from the heart in their latest emo-pop anthem "Character Flaws" from the forthcoming three-track release, EPISODE ONE: CHARACTER FLAWS.

"Character Flaws is an anthem for the insecure,” says Possum. "When you're sick of people trying to reassure you that things will get better and you just need to find the fun in wallowing in your self-pity for a while”

Continuing their theme of epic video clips, Openside and video collaborator Shae Sterling have teamed up for a huge production for a new video, shooting extensively in the mysterious location of Guangzhou in China.

With two NZ Top 40 singles already under their belt, "No Going Back" and "I Feel Nothing", the themes of identity and relationships are always relatable to their growing audience.

After their own headlining shows and opening for Twenty One Pilots and Fall Out Boy to Ellie Goulding, they're next up before Panic! At the Disco, in October.

Check out their new track on ZM!