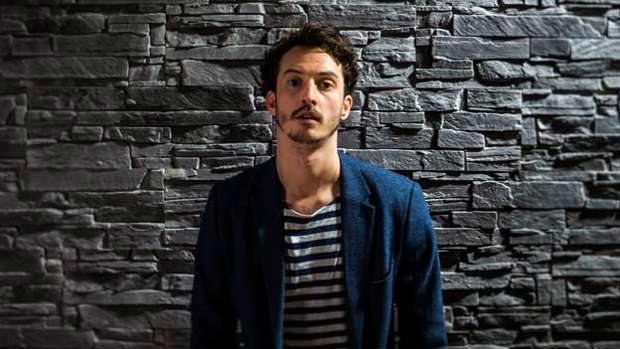 Based in Berlin, Graham Candy was born & raised in Auckland, where he attended Rangitoto College and participated in the Play It Strange songwriting competition.

After being spotted by a Berlin-based record company executive while playing an acoustic gig at the Portland Public House in Kingsland, Graham re-located to Germany, where he was signed by BMG & Crazy Planet Records.

In 2014, Graham Candy lent his vocals to a track called ‘She Moves’ (a collaboration with German DJ Alle Faben). The track went Gold in Germany, and charted all over Europe.

As a result, Graham has a huge live following across the European continent. Now, fresh off the back of his Glastonbury appearance, Graham is ready to deliver his own music to the world…

This is his first official single: ‘Back Into It’

Mixing his striking vocals, with an Gnarls Barkley-style groove, the track is unlike anything coming out of NZ right now. The track was produced by Kenneth Harris, lead guitarist of Panic! At The Disco.

A truly unique voice. An incredible songwriter. And our next musical export, already making waves internationally.

Graham Candy is back in NZ this September to promote his debut single, and the release of his first album.

Graham’s debut album – titled ‘Plan A’ – is slated for NZ release in late 2016, and even features an appearance from Rangitoto College’s choir who recorded vocals for the record in Berlin!