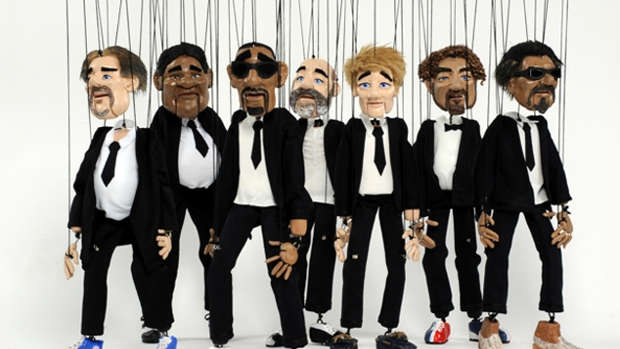 From the underground to the higher ground, perennial soul shakers Fat Freddy's Drop is triumphantly carving a place for themselves in music lore.

In their home country of New Zealand the seven strong band have claimed highest-selling album by an independent artist, a slew of RIANZ Tuis for everything from Best Producer, Album of The Year, Best Artwork, Best Video to People’s Choice awards.

In 2014 the band conquered new heights selling out a headline show at 10,000 capacity Alexandra Palace in London, a far cry from their first London show, the 150 capacity Notting Hill Arts Club.

The most recent release is Slings And Arrows available on 7” and digi and the first single from a new studio album due for release in 2015.

Beat maker DJ Fitchie describes Slings And Arrows as, “musically the most reggae song we’ve ever made. We’ve gone back to our roots with a tough, conscious reggae tune that is classic Freddys.”