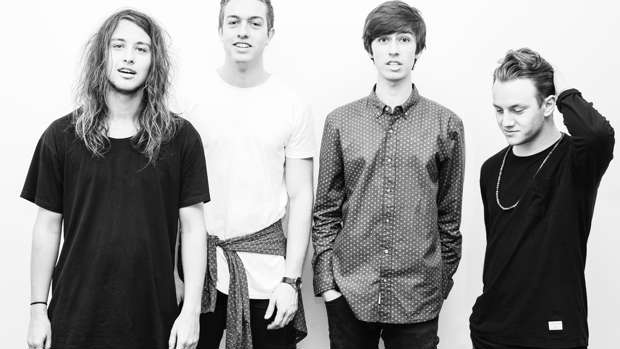 It’s been a big year for the Drax Project since the release of their new EP T/W/OO.

Receiving over 600K streams on Spotify, they played a sold out club tour across NZ! Recently they announced they’ll be joining the stellar lineup for Soundsplash 2017! More summer tour plans to be announced.

Discovered busking on the streets of Wellington 2013, they’ve gone on to garner a reputation as one of the best live bands to come out of the capital city. They sold out their first EP release show in 2014, and went on to be booked for RnV, R&A and Homegrown. It didn’t stop there for Drax Project, as they were booked to headline the Gardens Magic festival in Wellington, playing in front of over 3800 people.

After jaw-dropping support slots at Gorillaz Sound System and SBTRKT, and an epic set at Bay Dreams, Drax Project are due to head out on their first national tour!

Drax Project’s new record T/W/OO, released on Universal, has been burning up the airwaves and online, with the first single ‘Cold’ going straight to #1 on the Spotify viral chart and receiving over 160K streams.