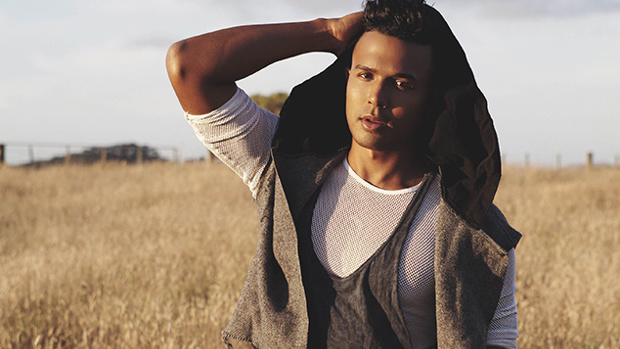 With a multifaceted career that spans music, screen, fitness and fashion, Barry Conrad possesses a talent that is undeniable.

No stranger to the screen, Conrad landed a role on FOX’s Power Rangers: Ninja Storm and featured in numerous TV commercials, before taking his first leap to feature films in the #1 box office hit, The Sapphires. Barry is thrilled to make his musical theatre debut in the Australian premiere production of Broadway smash, VIOLET. Following a critically acclaimed season at The Hayes Theatre, it has garnered eight Sydney Theatre Awards nominations.

An advocate for health and fitness, he was the first entertainer to sign on as ambassador for 180 Nutrition, also working with Sarah Wilson’s I Quit Sugar.

Passionate about giving back, he flexes his philanthropy muscles as proud ambassador for Cancer Council and Compassion Australia. As a nod to his fashion background, Barry also signed on as brand ambassador for TONI & GUY and Label.M Australia.

The tipping point of Conrad’s stardom was undeniably cemented when he was named as one of the Final 12 on Channel 7’s The X-Factor, winning over a legion of new fans and truly solidifying himself as one of Australia’s most exciting talents. His latest release, Anywhere We Go, is available worldwide at all good digital music stores.