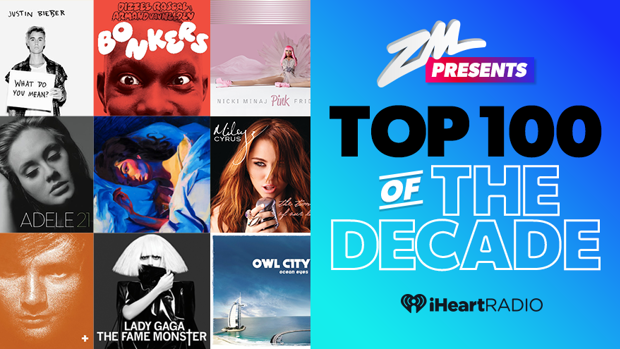 As the decade comes to end, we're looking back on some of the hottest hits of the decade.

Ed Sheeran became a hit making machine, with his first single, The A Team, launching his career and fame to record breaking heights.

Lady Gaga stunned us all with her statement fashion and wild music videos, and went from pop sensation to movie star within the the decade.

Our very own Kiwi, Lorde, made New Zealand proud with Royals taking home the Grammy for Song of the Year in 2014.

Here's the full list in case you missed it!