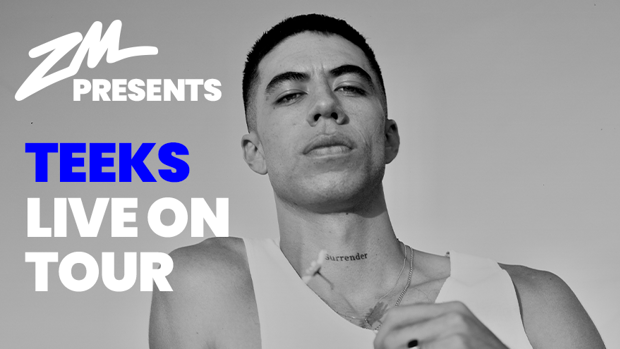 ZM is proud to present TEEKS live on tour!

Following the release of his ong-awaited debut album ‘Something To Feel’, TEEKS has announced a very special, six date album tour, seeing the celebrated Māori artist perform in some of New Zealand’s greatest concert venues of all time.

TEEKS  SOMETHING TO FEEL ALBUM TOUR