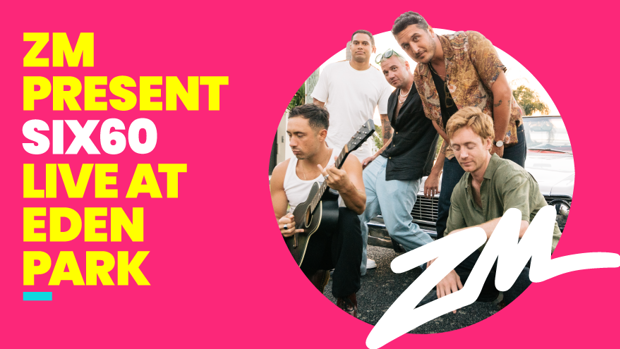 It's been an epic summer of Six60 gigs and it doesn't stop here... ZM is pumped to announce SIX60 LIVE at Eden Park this ANZAC Weekend!

After selling out at Western Spring two years in a row, they’re attempting to make history again.

It will be a whole lot of firsts for Eden Park including the first ever concert on the hallowed turf.

Tickets to Western Springs sold out incredibly fast so don’t miss out!

Tickets are on sale NOW from Ticketmaster.

Keep ZM loud for your chance to win tickets and see SIX60 LIVE at Eden Park on Saturday, April 24th. You can also enter on our Facebook page here.

For another shot at some tickets and a free bus ride to the gig, come down to ZM and Sweat Shop Brew Kitchen's Official ZM Six60 Warm-Up Party this Sat from 12pm! All the deets here.