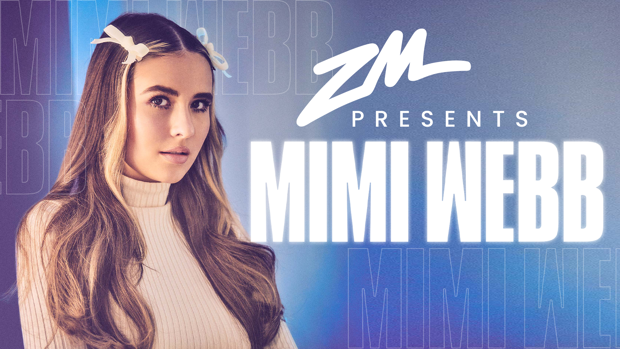 ZM is stoked to present Mimi Webb live in Aotearoa for the very first time! Hailing from the UK, the British breakout star is set to delight audiences with bangers such as 'Good Without', 'Dumb Love', '24/5' and more live at Auckland's Powerstation on Tuesday 13th September.

Joining Mimi on tour as a special guest is the classically trained Australian pop-rock singer-songwriter and musician, Sam Fischer with hits such as 'This City', and 'What Other People Say' feat. Demi Lovato.

Tickets on sale now from frontiertouring.com/mimiwebb

Text MIMI to 9696 to go in the draw to score a double pass and keep ZM loud across Aotearoa, iHeartRadio, and your smart speakers for more chances to win!

You can also win one of the very first double passes on our Facebook page.

It'll be hard to find a bigger Mimi fan than our very own Cam Mansel from the ZM Late Show. Check out his interview with the popstar where she talks all about her NZ show!