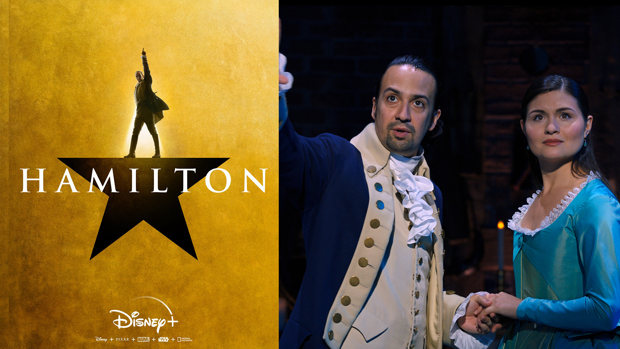 Since it's launch, the musical has been notoriously hard to get tickets to on both Broadway and The West End, and now we won't have to travel to see it!

The wildly popular Broadway production of Hamilton hits Disney+ tonight, and we can't wait to finally see it!

This release of the production features the musical’s original cast, shot within The Richard Rodgers Theatre on Broadway.

For those unfamiliar with Hamilton – written, composed, and starring Lin-Manuel Miranda (Mary Poppins Returns, Moana, In the Heights) – tells the story of American founding father Alexander Hamilton, set to a genre-blended score of hip-hop, jazz, R&B, and Broadway.

And did we mention that the soundtrack is INSANELY catchy? You'll be singing it all weekend, we promise!