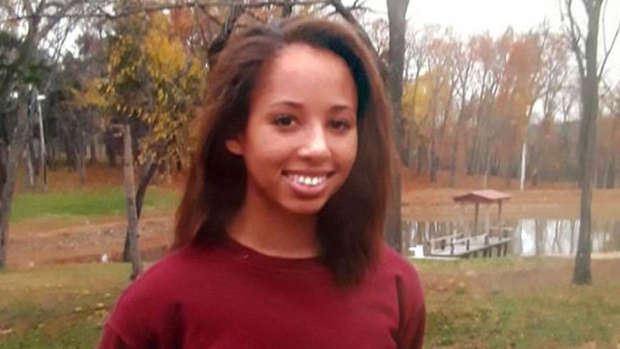 Three weeks after Bailey Gibson announced she was auctioning off her virginity, the 23-year-old has set the amount she wants the winner to bid — and why she deserves the exorbitant sum.

In a statement to news.com.au, Bailey said she is hoping to sell her virginity off for a whopping $US10 million ($NZ13.6 million).

Now Bailey, who enlisted the help of the world famous Moonlite Bunny Ranch in Nevada to advertise her first time, has the proof that could send potential bids through the roof.

Bailey and Dennis Hof, the boss of the Nevada brothel, have sent through a letter from her doctor providing "proof" of her virginity.

Verification by a board certified medical doctor states: "She wants her prospective bidders to know that she is the real thing."

Bailey said her desire to prove her "purity" came after she doubted the "veracity" of some girls' "sexual innocence".

"I read online about these girls auctioning their virginity every so often, but I have to admit that I have doubts about the veracity of their sexual innocence," she said.

Potential bidders will be able to make an offer on Bailey's virginity until September 15.

Currently, the winning bid sits at $US1,622,000 — but that figure is much lower than what she is ready to take.

"I want ten million," Bailey said. "I'm selling something that I can only sell once, and it is the most intimate of all the things you could put a price on.

"For me, to give up my innocence for less would be criminal. I'm worth it, and the man I lose my purity to will be someone who understands the true value of my untouched womanliness."

Moonlite Bunny Ranch owner Dennis Hof, where Bailey will lose her virginity on October 13, said he admires her persistence.

"Most girls would settle for far less than what Bailey is striving for," Mr Hof said.

"I always tell my working girls, 'If you can believe it, you can achieve it,' and Bailey really believes she can achieve her 10 million goal.

"Confidence is everything in the sex-selling game, and Bailey has it in spades."

"Interest is off the charts. The biggest surprise is not that we're getting a lot of bidders, we expected that. The unexpected side-effect of this auction is that the Bunny Ranch is being inundated with voluminous requests from girls who want to sell their virginity," he said.

"This virginity-selling phenomenon is bigger than even we folks at the Bunny Ranch expected. "We have received over one thousand requests from virgins wanting to sell since January."

Bailey's virginity ad was posted on January 1 and in a lengthy blog post she explained why she'd decided to go the auction route.

"If you saw me on the street and I told you that [I'm a virgin] you'd probably say, 'yeah right! No way!' But contrary to popular belief (and societal norms) attractive 23-year-olds can be virgins too, I am happy to say," she wrote.

After Bailey's ex-boyfriend, who originally told her he would wait until marriage to have sex, broke her heart and cheated on her numerous times, she decided she didn't want to wait anymore.

"After grieving for a while, I came to the conclusion that waiting until marriage to lose my virginity was the wrong decision, because my ex-boyfriend wasn't worth waiting for," she added.

The Bunny Ranch will take 50 per cent of the final price for Bailey's virginity with the brothel owner saying they picked her out of the thousands because of her "distressing story".

"She's a good girl, as sweet as they come," Mr Hof said. "She wanted to save herself for the right guy and live what she thought was a wholesome and righteous life, and the world threw her a nasty curve ball.

"After she told me her distressing story and I discovered that she lost her job, I decided that she would be the next virgin we auction here at the Bunny Ranch.

"So many millennials find it difficult to get their footing in today's post-recession America, and young women have it harder than anyone.

"I applaud Bailey for using every commodity at her disposal to make a better life for herself and cultivate a prosperous future."

And if you think Bailey's asking price might be a little too optimistic, no one has more faith in her than the brothel where she's going to have her first time.

"We think that she can do it. Dennis and the Bunny Ranch girls believe in her and are cheering her on. The Bunny Ranch is a strange and magical place … It might happen," Mr Lemur said.