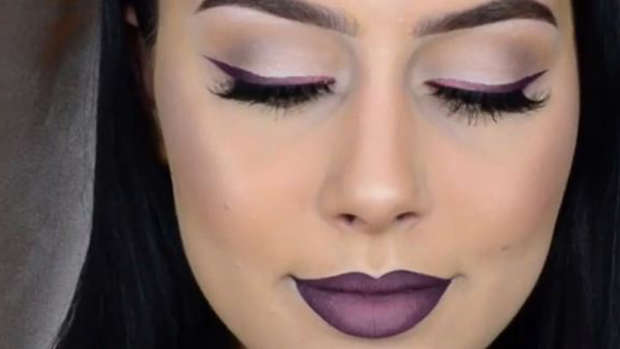 You may have an array of brushes and sticks, but who would've thought that the next make up application tool that you'd be adding to your collection would be a condom?!

This technique (hopefully) didn't arise from someone randomly putting their foundation on a condom and rubbing it all over their face, but instead they're meant to imitate those silicon make up sponges.

The vlogger that made the fad popular, Laila Tahri says that it is quite important that you rinse any lube off the condom before you start. This is a major. Don't skip this step.

After it's completely rinsed and dried, you simply put your regular make up blender inside the condom and begin to apply.

The soft latex outer layer of the condom is the perfect texture for even application and will leave you with amazing results.

APPLYING MAKEUP WITH A CONDOM?! The video is now on my youtube channel. 😂🙈Link in my bio. _ If you watch my youtube video. You know that i washed the condom first. And i know i applied a wrong foundation shade. I fixed it later with the concealer. I was to lazy to take it off. _ I came up with this idea because of that i love using a sponge. But it absorbs so much product. With using the condom around it HAHA it doesnt absorb any product and it applies super smooth! ________ @anastasiabeverlyhills brow pro palette (used Ebony) & modern renaissance @labelle_uk @amadea_dashurie matte liquid lipsticks Vamp Addict & Pink Latte & Nude Souffle (used on lips and eyes) @yourlashesofficial lashes Nasira @girlactik matte bronzer cabo @gorgeouscosmeticsofficial conceal it light natural @motivescosmetics shimmer powder Bombshell @zwitsalofficial baby powder @contourcosmetics all day spray @lorealmakeup infallible 24h foundation ___ Brushes @anastasiabeverlyhills 7B, A25, A3, A28, A23 @sigmabeauty F25, F66 @motivescosmetics powder @realtechniques sponge ____ @wakeupandmakeup @hudabeauty @eyelive4beauty @shimycatsmua @maryhadalittleglam @allmodernmakeup @slaysolutely @makeupforbarbies @thebeautybombb @nikkietutorials

The outcome does in fat, look amazing, but also involves rubbing a condom all over your face.

We'll leave weighing the pros and cons up for you to do.