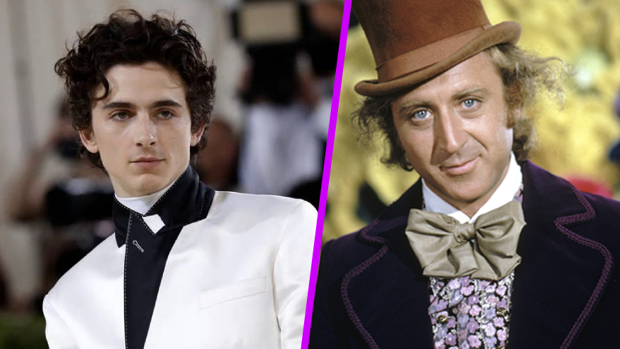 So Wonka was a snack before he started making snacks?

Whether you love or hate remakes, we can all agree that the story of Willy Wonka is one that simply cannot be told too many times.

And, after seeing the first glimpse of Timothée Chalamet as the mad-hatter chocolatier, we think they've nailed it!

The remake is directed by Paul King, responsible for bringing us Paddington in 2014, and will also see a pretty impressive cast including Rowan Atkinson, Keegan Michael-Key and Oscar-winner Olivia Colman all joining Chalamet.

As earlier reported by Deadline, the film is titled Wonka and ‘the story will focus on a young Willy Wonka and his adventures prior to opening the world’s most famous chocolate factory.’