Hailey Baldwin has topped Maxim's Hot 100 list for 2017, with the men's magazine naming her the hottest woman of the year.

The 20-year-old earned the honour after only featuring in the magazine's list last year, unseating 2016's winner, Kiwi model Stella Maxwell, for the top spot.

Shot by photographer Gilles Bensimon, Hailey leaves little to the imagination on the magazine's cover in a black mesh bodysuit, using only her hands - and some expert positioning - to cover herself up. 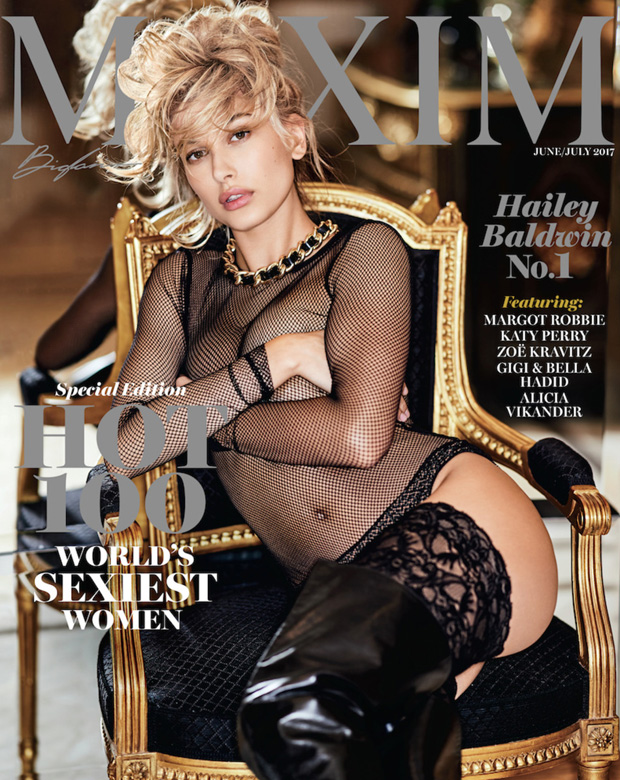 The issue, which hits newsstands May 30, features an Elisabetta Franchi bodysuit-clad Hailey on the cover.

And while she was certainly styled for maximum Maxim-approved sex appeal, the star brought a bit of her own to the set, adding a pair of hoop earrings from her own collection.

Margot Robbie, Rihanna, and Ciara also came out ahead.

This year, however, Hailey beat them all - including her BFFs Gigi Hadid and Kendall Jenner, whom she once admitted she wasn't as successful as.

"I'm not on the same level as Gigi and Kendall," she told PeopleStyle last June. "We're not in the same place in our careers."