Chantelle Connelly took to Facebook to announce that she's expecting with her boyfriend, Lee.

In response to someone on Twitter who asked if she's carrying a "food baby" or a "baby baby", she confirmed she is, in fact pregnant.

Connelly has been in a relationship with Lee for a few months after splitting from ex Clark Crawford earlier this year.

It is yet to be announced as to when she is due, but we are excited all the same.

Fans have flooded to social media to congratulate her, writing: "Congrats your gonna be such a good mama"

"Is it true are u really pregnant 🤔 if so a big congratulations to you and your partner 😍you will be a outstanding mam your a fantastic aunty as it is you spoils them kids no doubt your baby will have everything ❤️," added someone else.

Chantelle took to Snapchat to share a picture of her cradling her small baby bump. 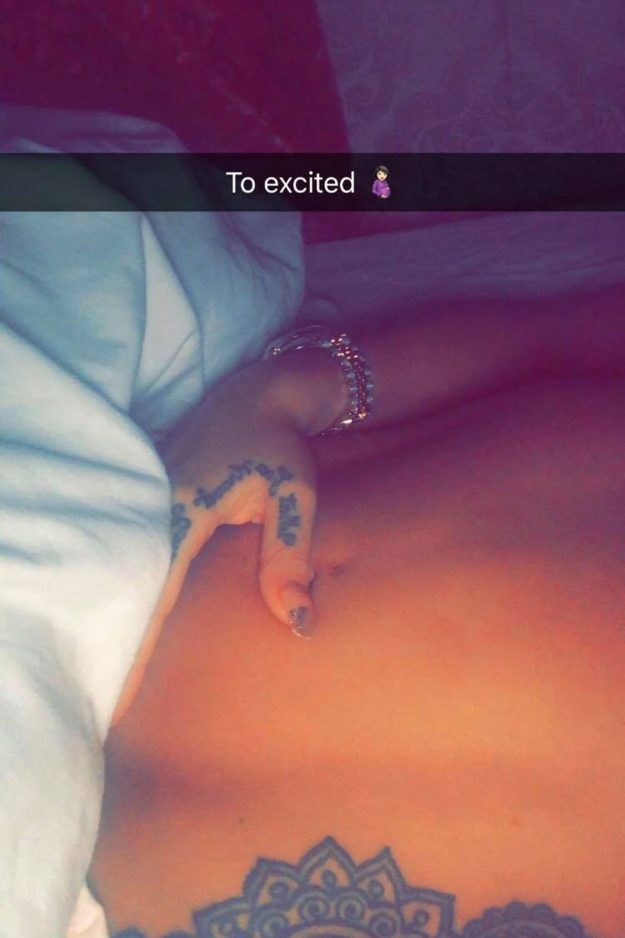 She wrote: "To excited," along with a pregnant lady emoji in the caption.