Thylane Blondeau went infamously viral at the age of 10 for being “the most beautiful girl in the world”.

TBT #throwback when going to school was like 😏😀 #firstdayofschool Today #bangs

Fast-forward a couple of years and the French model is now 16 years old and scoring invitations to New York Fashion Week.

On Wednesday, she even sat front row at the celebrity-packed Michael Kors show, where she wore a shimmering animal-print top and moss-green pants - both of which were made by the designer. 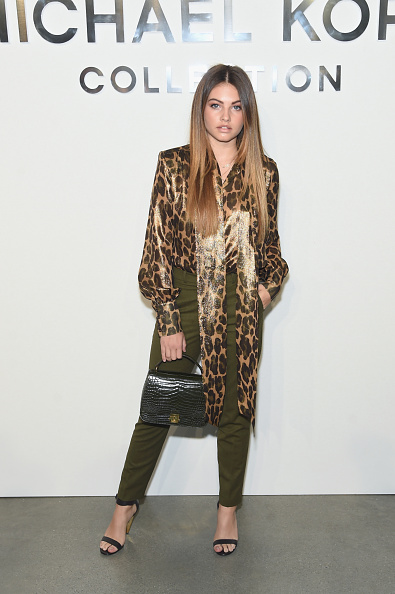 Thanks @michaelkors for this amazing week in NY

Thylane is signed with IMG, is a brand ambassador for L'Oréal, and has been named the face of a perfume by French designer Lolita Lempicka.

September issue 😍 thanks so much @lofficielparis @jenjalouse for this second cover of l'officiel 🙏🏼thanks so much for trusting me since our first cover of @jalousemag can't wait to be September for the next one 😜 Thanks @imgmodels and my agents marine / Jess / Johann & Lisa for giving me the opportunity to work with the best agency ..i'm blessed ... @michaelkors @lofficielparis 🙏🏼❤️