Kiwi film star Taika Waititi is known for being pretty cheeky when it comes to social media.

He often likes to troll his critics, and it looks like he’s done it again.

Recently the Thor: Ragnarok filmmaker has been outspoken, claiming New Zealand is “racist as f***” and calling out social and environmental issues.

But when a fan asked Taika a question on Twitter, the director couldn’t help but take another dig.

The fan asked: “What is your favourite place in New Zealand?” 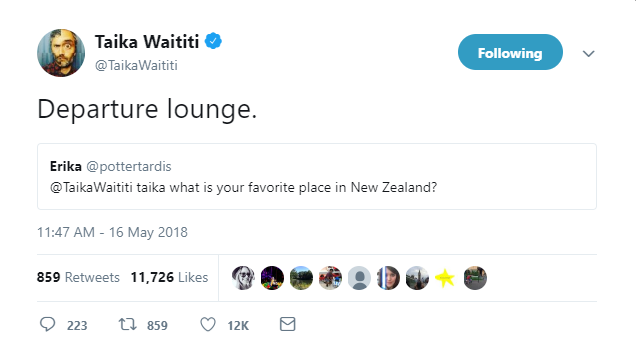 Fans are speculative about what he means.

“Who doesn't love the Koru lounge?” one replied.

“Wow, if this is a straight joke it’s funny, but if you are serious, you must be out your mind,” said another