Kylie Jenner's is, or was, famous for her plump lips... but they are no more.

Last week Kylie revealed in a comment on Instagram that she had had her lip fillers removed.

The reality star has not revealed what filler she was using or how she dissolved them, although some have noted that while more natural looking, they're still fuller than her original lip size.

But a plastic surgeon told Daily Mail Online that once someone decides they don't want fillers anymore, they can be dissolved all in one go. 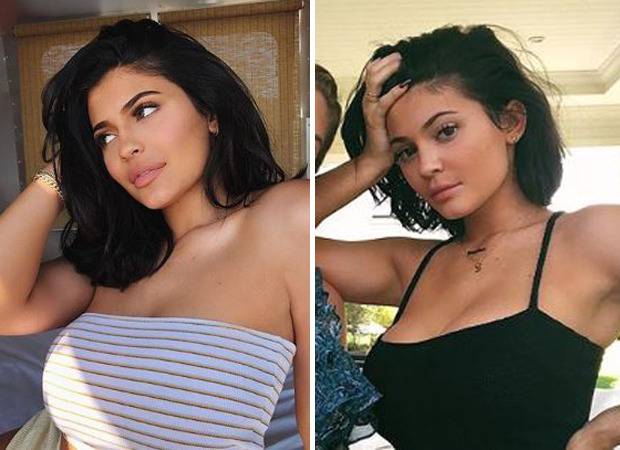 He explained that the acid, which is mixed with sugar molecules, attracts water molecules to the lips, which plumps them up.

"It's not very hard to maintain lip fillers but if you want to maintain really lower lips, I have women coming to me as often as every three to six months," Dr Rapaport said.

Our bodies, however, contain an enzyme called hyaluronidase, which dissolves anything comprised of HA and is why touch-ups are needed.

Marketed as Vitrase, the injection is comprised of this enzyme to break down or correct lip fillers.

"It does need to be injected, but it immediately dissolves the HA product if someone regrets lips fillers, has the lips over-filled, or if someone develops bumps," he said.

"Someone can receive one injection and the product is all gone."

Dr Rapaport adds that there is initially some swelling that occurs, but it subsides after a few days.

A source told US Magazine that Kylie "had hyaluronidase injected into her lips over a period of several weeks, to naturally dissolve the filler."

Dr Rapaport said that the only reason to have the fillers dissolved this way is due to the 20-year-old's large social media presence.

"The only reason I can understand to do it that way, to not potentially dissolve all of it, is for social reasons," he said.

"If you have enormous lips and you dissolve it all in one afternoon, your smaller lips are going to be very noticeable as opposed to decreasing it more naturally or slowly."

According to the source, Kylie had been using Juvederm Voluma, a filler commonly used for the cheeks, on her lips.

"Juvederm Voluma is primarily used for mid-face and the cheek area because it's more robust, so it gives the face more of a push," Dr Rapaport said.

"So you only need to inject a tiny amount but a person interested in using Voluma, is interested in bigger push" - which may be a reason for why Kylie's pout was so pronounced.

Some have been quick to note that Kylie's lips are not completely back to normal, referencing pictures of an 11- or 12-year-old Kylie with much thinner lips.

The makeup mogul has revealed in the past that this is one feature she's been insecure about for most of her life.

As recently as May, she divulged details about her own insecurities and fears over the facial features of her daughter, Stormi.

"I was insecure about my lips, and lipstick is what helped me feel confident," she told the Evening Standard.

"I prayed and prayed that she would have my big eyes, and she has the biggest eyes ever."

She goes on to say: "The one thing I was insecure about, she has. She has the most perfect lips in the whole entire world. She ain't get those from me. Thank her dad for those."

RELATED: The scary reason why Kylie Jenner removed Stormi from her Instagram

Kylie has previously revealed that she became insecure about her lips after a boy she kissed at age 15 told her that he was surprised she kissed well even with small lips.

"I had really small lips, and it was, like, one of my first kisses, and a guy was like, 'I didn't think you'd be a good kisser because you have such small lips",' Kylie told a therapist at the cameras rolled.

"Just when a guy you like says that...I don't know, it just really affected me. I didn't feel desirable or pretty."

The reality star denies having had any kind of plastic surgery performed and insists she's only gone as far as lip fillers, which she first got at age 17.