Sarah Hyland showed off her surgery scars related to kidney dysplasia in an Instagram bikini snap she posted on July the Fourth.

But the scars are so faint that, despite the 27-year-old's message, they are almost impossible to see, reports Daily Mail.

The Modern Family star was diagnosed with the disease - a condition that occurs when one or both of a fetus' kidneys do not develop normally - when she was a baby.

And in 2013 her father Edward Hyland helped to alleviate the symptoms by donating a kidney to her.

Despite having to go to hospital for an illness related to her dysplasia last month, Sarah now seems to be in blooming good health again.

And she proved that by posing and dancing up a storm with three swimwear-clad gal pals in what appeared to be someone's back garden to celebrate Independence Day. 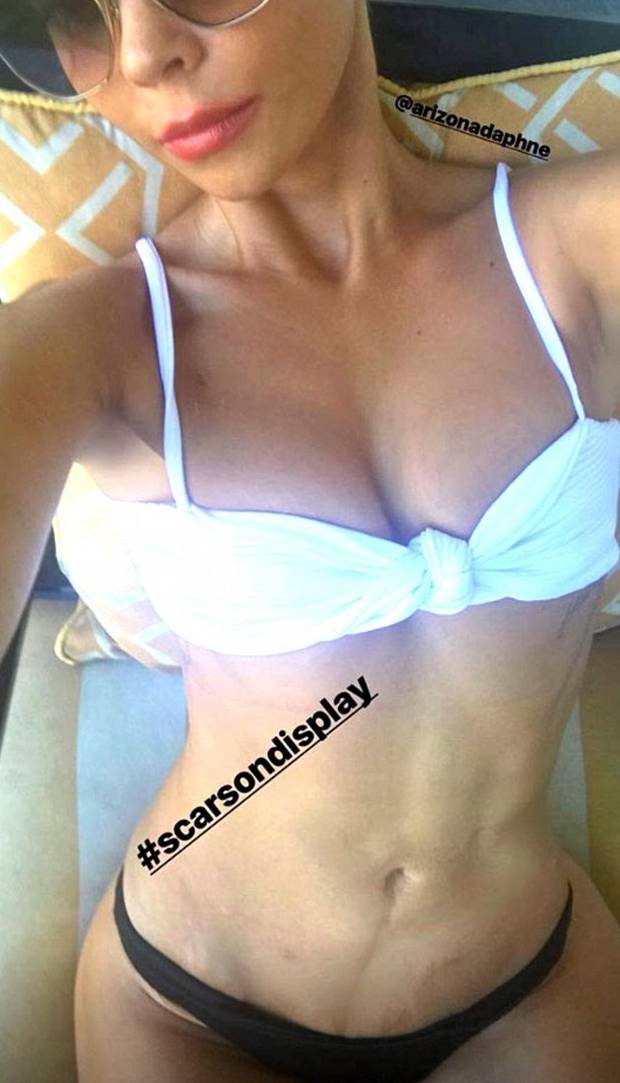 Sarah, who is a petite 5ft 1ins tall, wore a white bikini top and teeny black bottoms, showing off her slender physique.

And she posed with her pals holding patriotic red and white striped candy canes.

Missing from her fun day was her beau of a year, former Bachelorette contestant Wells Adams who was partying with Kaitlyn Bristowe and the Bachelor Nation crew.

But he didn't forget Sarah, posting a cute snap of her wearing heart-shaped shades with images of the Star Spangled Banner reflected in the lenses, which he captioned: "I miss [email protected]"

Here are 4 out of about 150 pictures of us. #4thofjuly #babes (it was a very long, tedious and annoying group chat picking which ones to post) ❤️💙

Wells was recently asked by People TV what it was like to be with such a high profile TV personality.

"It's been really weirdly normal," he dished. "That question gets asked a lot because you expect the answer to be like it's crazy because it's in the spotlight.

"But for whatever reason, it's been really nice and normal and wonderful."

The cute couple met on social media when he messaged her after a round of back-and-forth tweets.