She may be one of the most recognisable faces in the world, but whoever created Beyonce's Madame Tussaud's wax figure clearly does not know what she looks like.

A new wax figure of Queen Bey was commissioned for Madame Tussaud’s in New York City, with the star wearing a blonde wig, a sparkling purple leotard and thigh-high boots.

This is apparently Beyonce:

Obviously, fans are not happy with the figure, with many accusing the museum of whitewashing.

Me still looking for the real Beyonce wax figure cause this ain't it. pic.twitter.com/1jrseGp81A

I don't understand how this @MadameTussauds wax figure is supposed to be Beyoncé, when it's clearly Lindsay Lohan pic.twitter.com/W3Wx67GAj0

What's even more unfortunate, however, is this isn't actually the worse wax figure of Queen Bey... a Canadian waxwork museum managed to make a figure so unlike Bey that they had to pin a name tag reading ‘Beyonce Knowles’ on her dress so that visitors to the museum knew who it was. 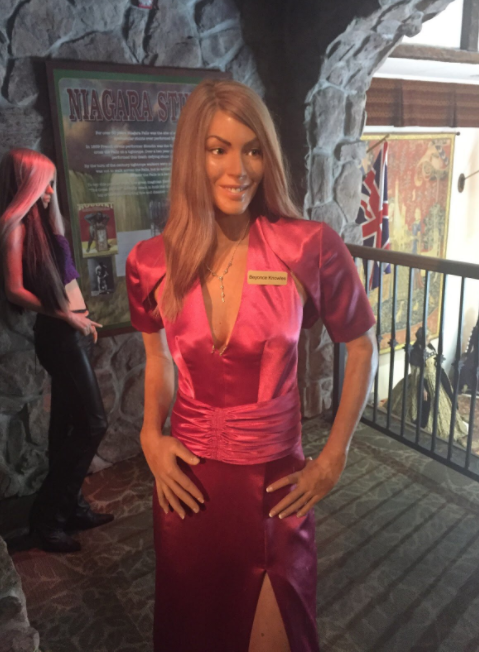