Lorde has assured fans she's "more than okay" after her mysterious social media activity made them concerned.

It came after a social media storm erupted over her controversial post that featured a picture of a bathtub and some Whitney Houston lyrics.

Fans of the late singer, who died in a bathtub, accused Lorde of being insensitive, and she apologised. 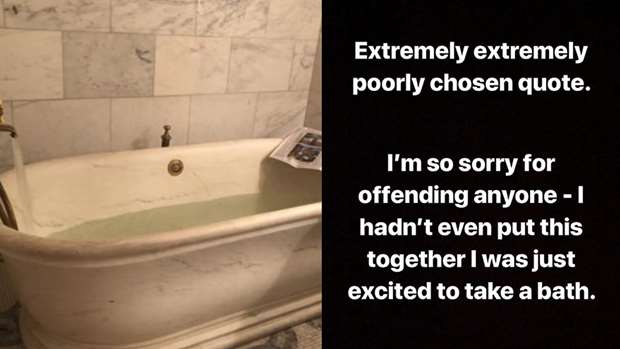 But after fans spoke out in concern over the deleted posts, Lorde was forced to speak up on a fan's Instagram account, Time reported.

She explained she was “pulling back the curtain again”.

MORE:
- PJ had an incredibly awkward run-in with Lorde

"No stress just pulling back the curtain again for a moment… she’s a baby writer in search of a legacy… will keep u posted. Love u all so much more than u know,” she was reported as writing.

When another fan on the same post asked if she was alright, Lorde wrote: "More than ok! Not needing to recover or pull back from u guys, it’s just what I feel is cleanest and most true to me as an artist & musician in 2018.

"Will still be creeping on u all and commenting, just not going to be posting endless content. Less is always more.”

Lorde's currently on a break before her tour resumes in London on May 26.