Lorde's not too happy with Kanye and she's taken to Instagram to voice her annoyance.

In a series of Instagram stories, Lorde shared images of her stage at Coachella alongside Kanye's stage at a performance over the weekend.

The stage during Kanye's performance features a levitating rectangular box almost identical to the one Lorde used at Coachella. 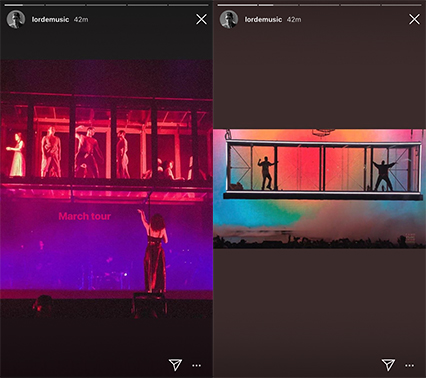 "I'm proud of the work I do and it's flattering when other artists feel inspired by it, to the extent that they choose to try it on themselves," she wrote.

RELATED: PJ had an incredibly awkward run-in with Lorde