Kiwi singer-songwriter Brooke Fraser has just won her first Grammy Award - for a song written for the Hillsong Church. 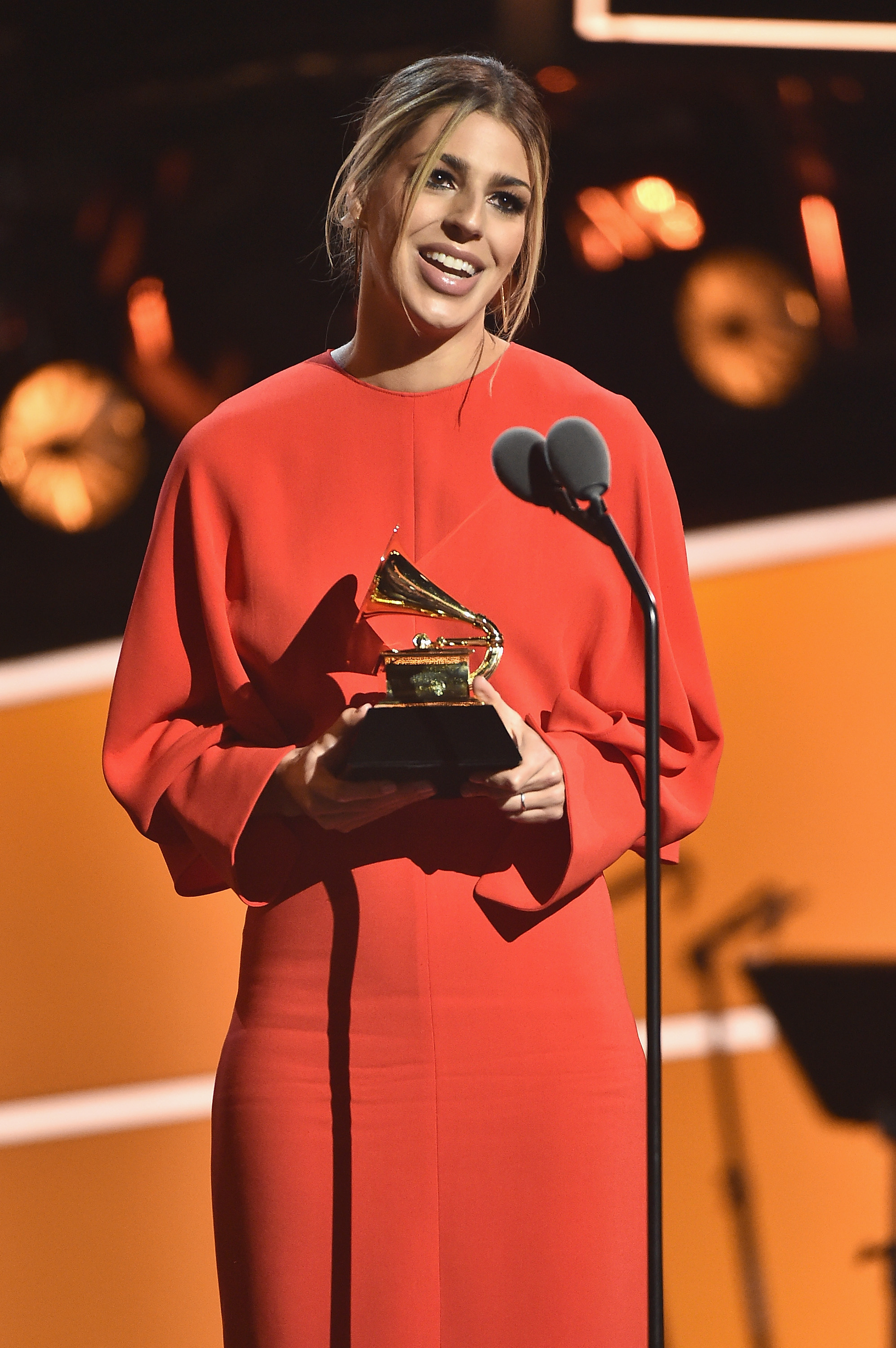 Under the name Brooke Ligertwood, Fraser won the Grammy for Best Contemporary Christian Music Performance/Song for her work on the song What a Beautiful Name.

The song has had 112 million views on YouTube, making it more popular than anything she recorded under her own name.

She recently told Billboard the song was written to "serve people and link with them in the presence of God".

"When you connect with people, you can feel their spirits being lifted," she said.

"It's really the beauty of singing something about the wonder and power of Jesus.

Fraser has performed for the church under her married name, Brooke Ligertwood, since her wedding to Scott Ligertwood in 2008. The pair have two children together.

Hillsong's website describes the couple as part of the "core leadership team" at Hillsong Los Angeles.

In New Zealand, she's known for a string of classy pop hits, like Deciphering Me and Something in the Water, and she has won several New Zealand Music Awards.

She's not the only Kiwi who could win an award today: Lorde will compete in the Album of the Year category against Kendrick Lamar, Jay-Z, Bruno Mars and Childish Gambino later today.