Let's be honest, the Kardashian's pretty much put their name to anything and everything.

From Lumee cases to FitTea to driving services, they love to make a bit of extra cash in the way of endorsements.

I can always count on my @sugarbearhair vitamins to help keep my natural hair healthy and strong #ad 🐻💗+ they taste delicious! #sugarbearhair

But hindsight can be a b*tch when it comes to putting your face or name to a product, case in point: Kendall Jenner's Pepsi ad that caused a worldwide backlash.

However, Kendall's not the only one from the family to regret an endorsement, as Khloe has now admitted to questioning why she ever endorsed a tampon company.

Back in 2010, the reality star endorsed Kotex tampons, breaking down a graffiti-covered wall reading words like ‘vajayjay’ and ‘Aunt Flow’ in front of a press pack. 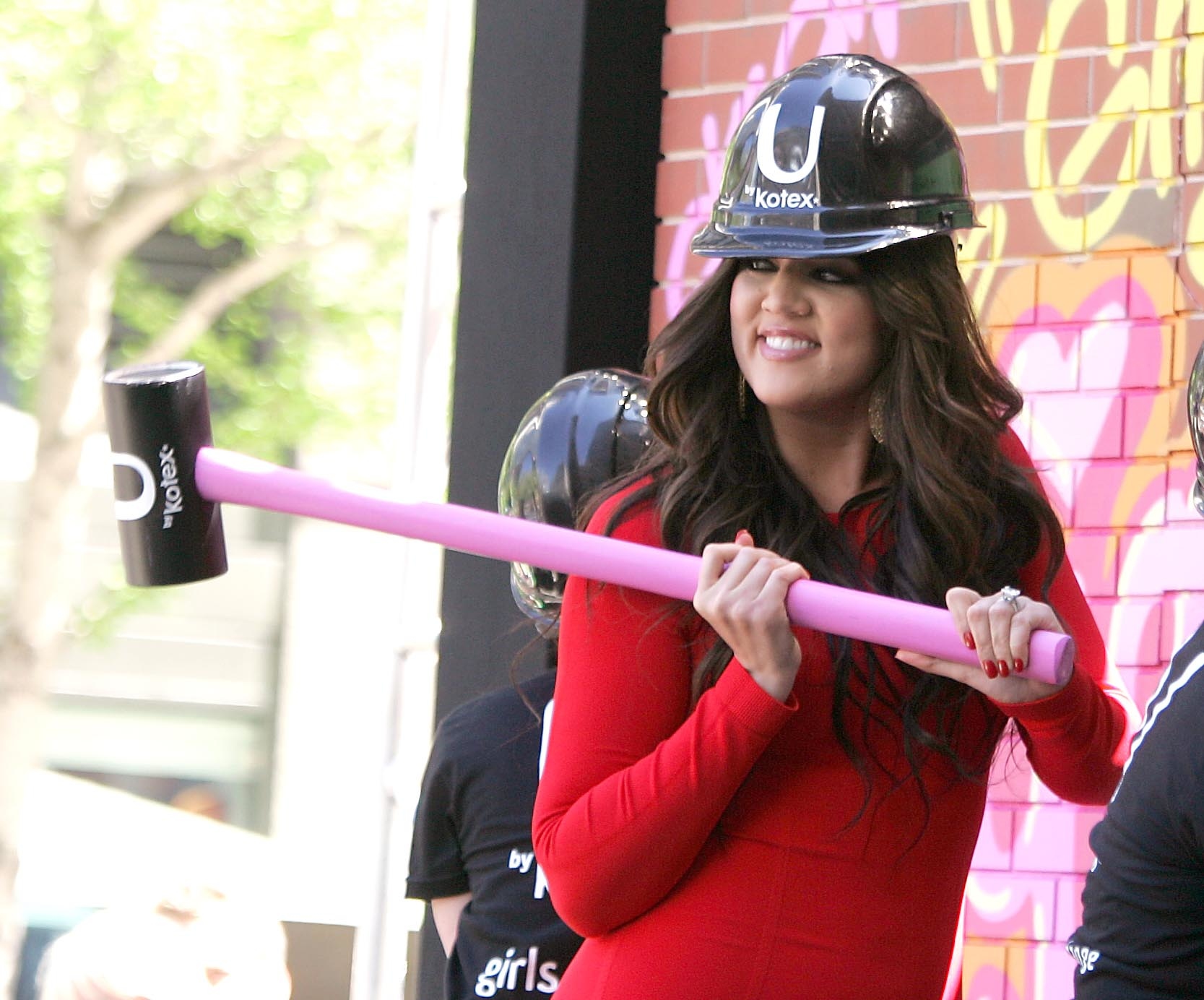 Speaking about the job, Khloe said: ‘There were things I did back then that made me think, “Why am I doing this?” I once did a deal with a tampon company, and I was like, “Why am I so thirsty?”

‘But I was young, and you feel pressure; you see your sisters getting deals and you’re like, “Should I be doing something? Is a pad commercial all I can get? Well, OK then.”‘