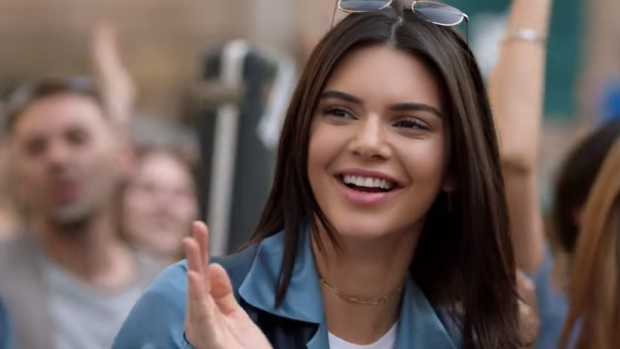 You will probably remember that distasteful Pepsi ad that got pulled after less than 24 hours due to public outrage.

The promotional film was accused of co-opting the Black Lives Matter campaign and social media users lashed out at the company.

Unfortunately for Kendall Jenner she was the face of the "tone deaf" ad and bore the brunt of backlash from it.

"Kendall please! Give him a Pepsi!" pic.twitter.com/pO1PTYkCHW

Speaking in a preview for the new series of the family's E! reality show, Kendall said: "It feels like my life is over."

To which her sister Kim Kardashian West consoled her, adding: "You made a mistake."

And Kendall was "absolutely heartbroken" by the response to the advert.

A source said: "Kendall is absolutely heartbroken by how everything has turned out, she had no idea it would end up like this. She's taking time out from the limelight to come to terms with everything. It's very upsetting for her, she never meant for any of this to happen."