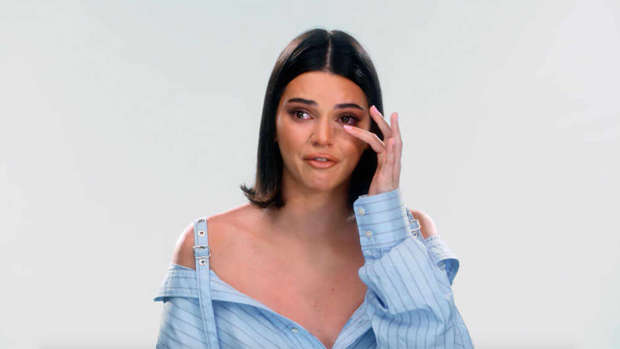 Who could forget the Pepsi ad that would have to get the award of most distasteful ad of 2017, or ever?

Unfortunately for Kendall Jenner, she was the face of said ad, and much of the backlash following the ad was also directed at her.

Now, four months on, the model has opened up about the ad, saying she felt "so stupid" when she was faced with backlash over her Pepsi advertisement.

Speaking on the family's E! reality show, she shared: "I would never purposely hurt someone ever. I would, obviously, if I knew this was gonna be the outcome I would have never done something like this.

"But you don't know when you're in the moment, and like, it was the most ... like I just felt so f***ing stupid. The fact that I would offend other people or hurt other people was definitely not my intent and that's what got me the most, is that I would ever make anyone else upset."

And speaking to her older sister Kim Kardashian West, Kendall admitted she wasn't sure how she could "bounce back" from it.

However, her older sibling urged her to use it as the "biggest lesson" and keep positive.

She told her: "This is just gonna be the biggest lesson learned for you. I know you're so sensitive and I know you're the last person to want to hurt someone or be insensitive...it should affect you in a way where you grow from it and you're like, 'Okay I'm a better person from it.' You know? But I just wish that you could see that there is light at the end of the tunnel and that it will be OK if you're just like honest."