Taking to social media, Art addressed the news and shared some brutal comments from internet trolls.

A screenshot on his Instagram story showed abuse from one snarky follower, which Art posted along with the comment: “Sounds like someone has a serious case of the Mondays.” 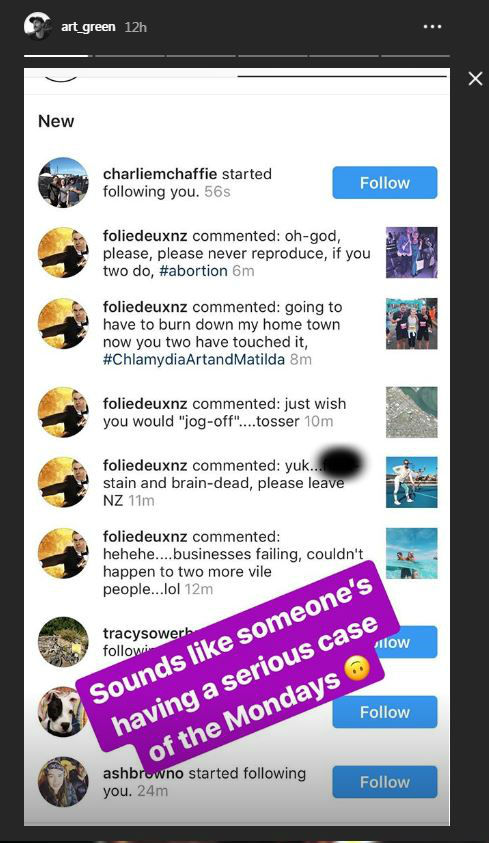 He then went on to address his fans directly in a selfie vid.

“Well, good evening. We have just arrived back from Christchurch where we had a very successful wellness expo for Clean Paleo and Poppy and Olive and we have arrived back to some news stories that have run about Riot Foods that in classic media fashion have painted a negative light and have twisted things quite a bit and have come after me personally."

"Which is really disappointing but it’s what we’ve come to expect from the media  and I  just want to let everyone know that this year we have had some really bad luck with Riot Foods and some stuff has happened that has been completely out of our control that has set us back and we have kept getting up from these blows and continued to do what we do and make really delicious healthy food to improve people’s lives and we are going to continue to do that so ... yeah.” 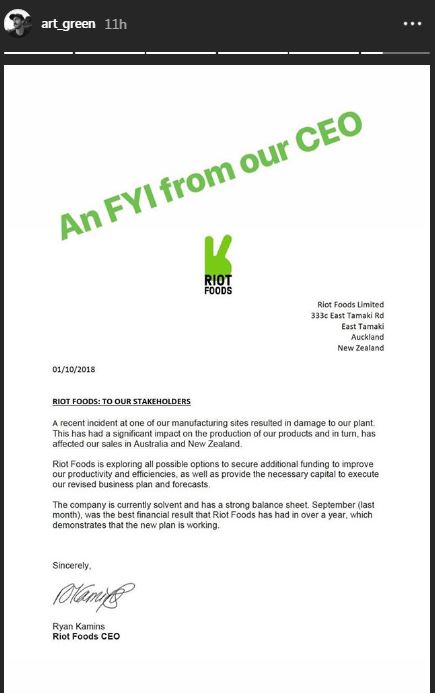 Art then added the official letter from Riot Food’s CEO.