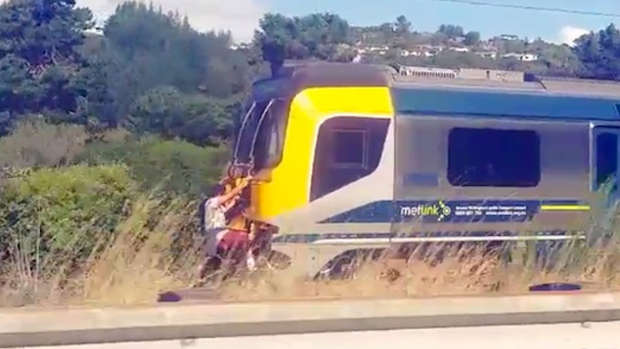 KiwiRail says a shocking video of two men ‘train-surfing’ in Upper Hutt is a major problem with railroad trespassing. Footage taken by a local shows the pair clinging to the back of the commuter train as it sped along. Police say it may have been travelling as fast as 90 km/h at the time. Police say they are hunting the men. “There is no doubt in my mind that those two young men could have been killed or very seriously injured with long lasting consequences for their families, emergency services and Tranz Metro staff,” says Mr Shepherd.