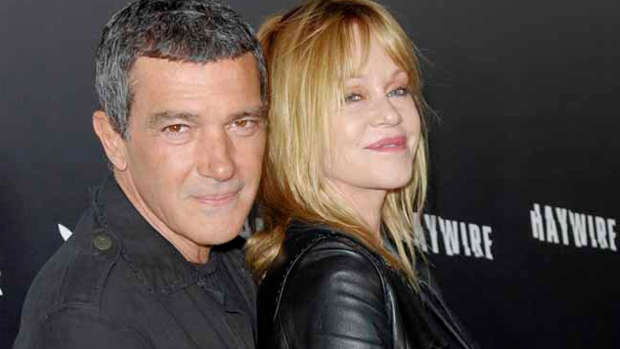 Antonio Banderas has revealed he STILL hasn't seen his stepdaughter Dakota Johnson in Fifty Shades of Grey - and who could blame him.

But the Spanish heartthrob, who became the star's stepfather when he wed her mother, Melanie Griffith says he gets a lot of people telling him how great she is as an actress and he she doesn't need his help.

During a chat on ITV's Loose Women, he said: "Every time she was called for a movie [she'd say] 'don't come, I don't want you guys to be there', 'I don't want them to know that you are my mother, or even to her biological father'."