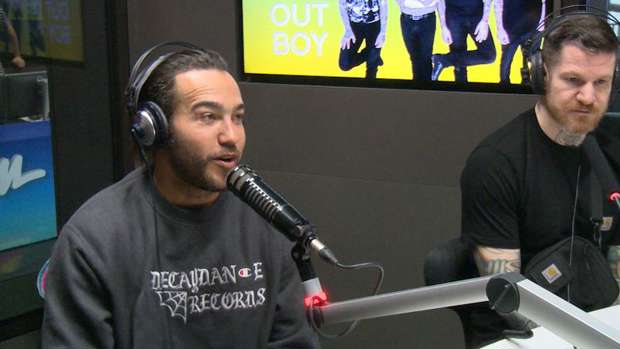 Pete Wentz and Andy Hurley from Fall Out Boy popped in for a chat ahead of their Auckland show!

The pair talked about what fans can expect from their show, revealed it's their biggest international show yet and they also revealed how you can get upgraded at the concert.

Pete also went onto explain how their three year hiatus changed them as people. After rising to fame so young, the band didn't really know how to be a normal functioning adult, which they admit they affected their relationships with people. But after coming back together, they've realised how much they've grown.

What can concert-goers expect from their show?

How did the Fall Out Boy hiatus affect the band members, both professionally and personally?