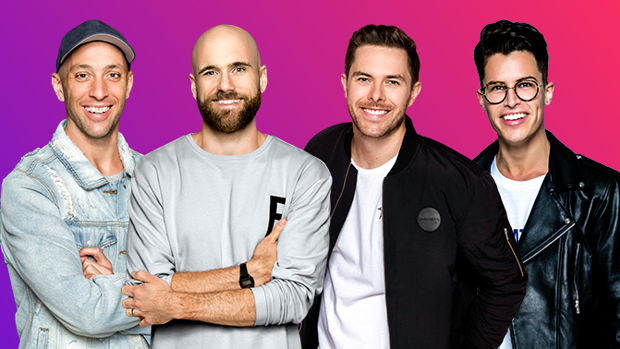 Woman's Day is on the search for New Zealand's Hottest Radio Hunk... and the top 10 finalists features one of our very own!

After an overwhelming response to Woman's Day's call for nominations, the 'DILF'-of radio, Vaughan Smith, has claimed a spot in the top 10 finalists.

And we're not surprised at all, look at this sexy beast:

Oh don’t mind us we’re just freaking out cause @vaughanonymous HAS ABS!!!! 🙀🙀💪🏼🔥

This is what the Kiwis that nominated Vaughan had to say:

"Not only is he cute but he's the cutest dad and husband and cracks me up every morning, literally can't get through my day without the morning giggles."

"Not only is he a babe, but he's got a wonderful, caring personality to go with it. A man who accepts everyone and has a great sense of humour."

"I am in love with the whole Smith family! Vaughn is the coolest dad with the sweetest relationships with his two daughters. They are a hilarious family and provide #familygoals. He is cheeky and hilarious to listen to on ZM!"

Vaughan has some stiff competition to take out the title, as he's up against other good-looking lads such as Flava's Astley.

If you want to vote for Vaughan (or even the other contenders!) you can vote once a day until September 9.