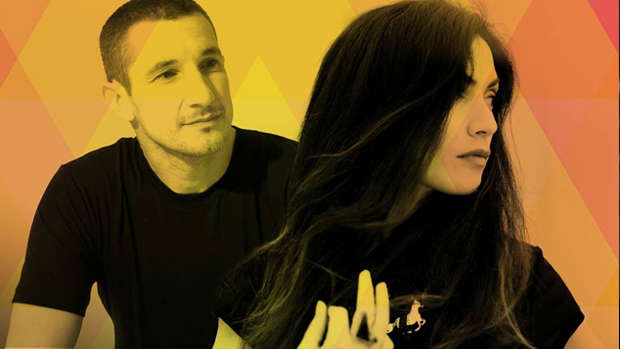 C.L.I.C.K.S is the stunning new musical amalgamation of Dick Johnson and Anna Coddington.

The pair come from opposite ends of the musical spectrum but click together to make something that has the strengths of both - driving electronic beats with carefully-crafted lyrics and melodies.

C.L.I.C.K.S’ debut single Can’t Get Him There is a sun kissed track that showcases these strengths and sets the tone for this exciting new collaboration - an easy fit between two diverse musical minds.

From the sounds of The Happy Mondays and New Order in late 80's Manchester clubs, to the peaceful sounds of native New Zealand birds chirping in Auckland suburbs, DJ/Producer Dick Johnson's life has been a journey in sound. Since making the move from England to Aotearoa in the early 2000's, Dick has become renowned for his DJ appearances, heavy production and remix output as well as recent Weird Together collaboration with Nick D.

Anna Coddington on the other hand, grew up in Raglan, learned the drums and guitar from an early age, and discovered an addiction to songwriting at high school. Anna has released two solo albums, been nominated for numerous Silver Scrolls, and has also been a regular fixture in the Fly My Pretties line-up.